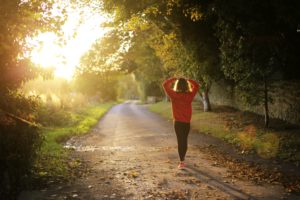 The Feno-Chaga® extract is made from a mushroom that grows on birch trees in the Arctic, Inonotus obliquus, which has high contents of polysaccharides, beta-glucans and polyphenols. The bioactive beta-1,3/1,6-glucan is a naturally occurring complex polysaccharide. It acts as an immune enhancing agent that modulates the immune system to respond better and more adequately to infections. The human body primarily is defended by the adaptive immune system. However, the immune system also offers another mechanism to fight off intruders, the innate immune system. This part of the immune system is the early line of defense against invading pathogens that activate the rest of the immune system. It is a key part of our defense lines and scientific research indicate these positive effects on the immune system. Besides these effects, Chaga also happens to be one of the strongest anti-oxidants in nature with ORAC (Oxygen radical absorbance capacity) levels up to 300,000.

The effects of chaga has been noted by people for many generations and the roots of chaga-consumption go far back in history. The earliest documented uses of chaga go all the way back to 16th century Russia. It was used as a folk medicine for cancer, ulcers and gartritis. The name chaga comes from West Siberian people called the Khanty. They used chaga as medicinal tea that would cure and prevent diseases. It was mainly used as a remedy for internal illnesses, especially for liver and heart. Chaga was also used widely by natural healers in China and South-Korea, where it has gotten the nickname “King of the Mushrooms”.

Chaga was also a big part of Finnish lives during World War II. It was used as substitute for coffee and for seasonal treatment of coughs and colds. Eevia Health is extracting the bioactive components of the mushroom and offers them to the modern consumer. Contact us to learn more about the King of Mushrooms, we would love to give you more information!