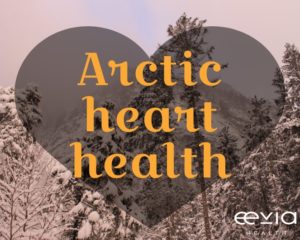 Millions of people around the world are suffering from cardiovascular diseases. In the United States heart diseases are one of the leading causes of death. 635 260 people died only in the year 2016 from different heart conditions, such as hypertensive heart disease (National Center for Health Statistics).

But the problem is not only in the United States. According to WHO cardiovascular diseases are the #1 cause of death in the world. In 2015 an estimated 17.7 million people died due to these diseases. That is equivalent for 31% of all deaths that year.

Some of the cardiovascular diseases could be prevented by exercising and having healthy eating habits. This is why February is American Heart Month. The purpose of this month-long event is to raise awareness of the diseases and how to prevent them. In Eevia Health we think this should be a global cause.

Some of Eevia Health Oy’s arctic ingredients include indications of improved cardiovascular health. Chaga, bilberry and lingonberry are high in antioxidants, and they have natural properties that can lower blood pressure.

To raise awareness of the heart month, you can use #HeartMonth on social media.