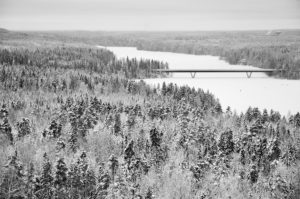 Tomorrow, December 6th 2017, it has been exactly 100 years since Finland gained its independence. Around those times Finland was one of the poorest countries in Europe. Most of the population lived in countryside and worked in agriculture. Despite that, the World War I had taken its toll and there was not enough food for everyone. The so called “breadline” was longer than ever, but the sense of national pride was also high.

During the 100 years of Finland’s independence, the country has made its rise to one of the safest places in the world. The educational system is ranked as one of the best and Finland is also known for equality.

Finland has industrialized, but nature is never far away. The land is filled with lakes and forests. In fact, according to Environmental Performance Index (EPI) Finland is the eco-friendliest country in the world. Nature is a part of everyday life for the citizens. Finns like to go fishing in summer, pick berries and mushrooms in autumn, ski during winter and enjoy the flourishing nature in spring. Cabins and summer cottages are like a second home for Finns. Since they work hard, get away places like these where stress is relieved are important. Perhaps this is one of the reasons why Finns are ranked as one of the happiest nations on Earth.

A lot has changed within the 100 years of independence, but a lot more is yet to come.

Eevia Health especially remembers and salutes the fallen heroes who have made the ultimate sacrifice to keep Finland independent.

Because of the Independence Day, Eevia Health will close early today and we will be closed on December 6th. We will be back in the office normally on the 7th after the celebrations.